Meet Joy Schoffler, the Chief Strategy Officer of Casoro Capital in Austin, Tx. Schoffler has built her career on helping people and businesses make smart real estate investments, so adjust your bra straps and perk up your ears. Your future, richer selves will thank you.
Why Real Estate?

“People always need places to live,” says Schoffler. “Owning apartments minimized risk in my mind, as you had so many different tenants that your risk was spread out. Seeing the market drop by 50 percent during the recession just reinforced my theory.”
Weathering the Storm

Schoffler began working for the PPA Group, the parent firm of Upside Avenue, in 2007—the year that housing prices and sales began to fall nationwide before the bubble burst. But despite the ongoing financial crisis, the PPA Group thrived; from 2008 to 2009, and 2009 to 2010, the firm made Inc.’s list of fastest-growing companies. That’s because it specialized in multi-family B and C class investments.
Real Estate: As Easy as A, B, C.

B and C class properties, as opposed to cream of the crop A buildings, typically house working and middle-class individuals, and are widely considered to be some of the most recession-proof investments since there’s always demand. As fewer and fewer millennials make the shift from renting to buying,  these sorts of properties are proving to be a very smart income and wealth-building strategy.
Where the Heart Is

Since last year, Schoffler has been developing the product strategy for Upside Avenue, Casoro’s non-traded real estate investment trust (REIT). For her, it marries two passions: real estate, and helping people create their own wealth.
The REIT Rundown

A REIT is a fund that owns or finances income-producing real estate; a non-traded REIT’s shares aren’t traded on a national stock exchange or directly affected by the volatile stock market, but their Securities and Exchange Commission (SEC) filings and performance reports are publicly available. Compared to other forms of investment, they’re a pretty safe bet.
“I’m terrible with the stock market—I have a terrible touch,” says Schoffler. “So I’m personally moving to a self-directed IRA, and investing in a REIT because I feel better knowing my investments are backed by multifamily real estate.”
Upside Avenue’s REIT invests in private market real estate, specifically multi-family, student, and senior living facilities—the same kind of properties that enabled its parent company to make it through the recession unscathed.
The Future is Accessible

With all that said, it’s easy to assume that investing in real estate requires having some serious dough at your disposal, right?
Not really. Upside Avenue requires a minimum investment of $2,000, making it a viable option for most working-class individuals. Plus, the targeted return has liquidity after just one year. That’s money in your pocket.
The Golden Ticket

Schoffler knows that parting with hard-earned income is scary, but she’s grateful she made the decision to live more conservatively and invest when she was younger. “Passive streams of income have allowed my family to spend one month a year traveling the world for the past six years,” she says. “Having monthly and quarterly income that I’m not actively working for equals freedom.”
Even if you start small, Schoffler says the result is priceless. Building a passive stream of income— such as investing in REITs—is a wealth strategy that she learned from one of her favorite books, “Rich Dad Poor Dad.”
“At the end of the day, financial stability is everything. It gives you the freedom to live where you want to live. It gives you the choice of where you send your kids to school, and where you go in your career—you either follow your paycheck, or your dreams.” 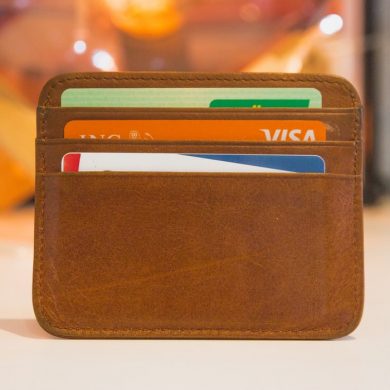 Why It’s Time to Check Your Credit Score