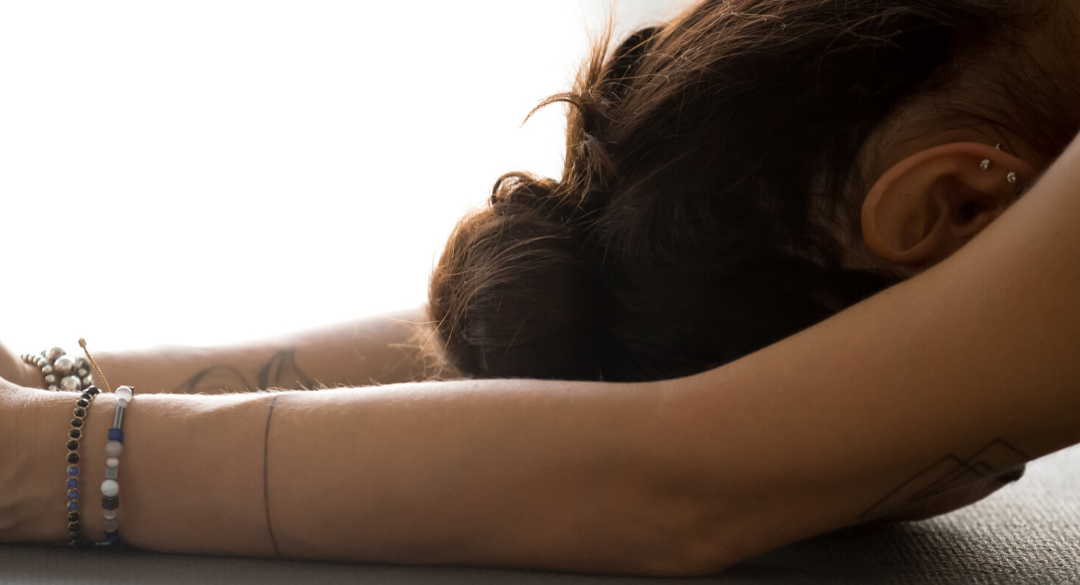 Unplug: An APP that Upgrades Your Meditation and Can Help you Spend Mindfully

I may be from L.A., but my temperament is 100 percent NYC. I have a perfectly healthy and loving relationship with gluten, my version of a “hike” is schlepping across town at rush hour, and I splurge on shoes, not superfoods.
It probably won’t come as a surprise then when I tell you that I don’t meditate. Asking me to sit still and do nothing—my personal definition of meditation—is like asking water not to be wet. So when our editor asked that I try out L.A.’s hottest meditation spot, Unplug, I let out a sigh I’m sure she could hear all the way across the country.

The woman behind it all.

Before I went in for an IRL class at the West Hollywood studio (Unplug has a mobile app too for meditators on-the-go), I was lucky enough to chat with Unplug’s founder Suze Yalof Schwartz. Here was a quick-talking, no B.S., former New Yorker just like myself, with one profound difference: Suze sounded happy.
Unplug’s origin story is somewhat of an unlikely one, insomuch that Suze discovered meditation via her mother-in-law. (If only we all had such mindful relationships with our in-laws!) Suze was in New York for work and found herself very overwhelmed, as it was the first time since moving to Los Angeles that she was away from her three children.
That’s when her mother-in-law came to the rescue. As Suze recounted, “She told me to close my eyes and she guided me through this practice. She had me imagine myself in my favorite vacation spot and slow down my breath.” Three minutes later, Suze says she was stress-free.

Suze returned to Los Angeles, hungry to learn more about meditation, but was disappointed in the rigid structure (and costliness) of the offerings.

It was really a “time and financial commitment,” she explained, “and as a New Yorker, I’m really impatient. So I said [to myself], where’s the Drybar of meditation, where you can go in and come out 30 minutes later feeling great?” #PREACH.
And thus the idea for Unplug was born. Suze left her very high-profile career as a fashion editor at the likes of Vogue and Glamour (among many others) to spread the gospel of mindfulness like Carrie Bradshaw spread the gospel of Manolos.
Suze spent a year taking every meditation class under the sun and learning about various techniques, then synthesized what she learned into Unplug. She even penned a book, Unplug: A Simple Guide to Meditation for Busy Skeptics and Modern Soul Seekers.
First came the westside studio, just on the border of L.A.’s Santa Monica neighborhood. Then came the second studio location and the app (which I’ve now downloaded, by the way). If you’re like me, and have the attention span of a gnat, Unplug’s app is great because it’s video-based, so you have something to look at if you need to.

So why meditate? That’s precisely what I asked Suze.

“Meditation is a lot like haute couture,” she explained. “It works differently on every single person. But what I get out if it is that it remote controls my own brain. I don’t let things trigger me anymore. So if something upsets me, I can pause, calm myself down, and respond, instead of being reactive. That has helped me not only in business, but as a mom.”
Suze also noted that she hadn’t been sick in the past three years, and she suspects her practice may have something to do with it. It’s also worth mentioning that Suze does not indulge in less “mindful” L.A. activities like Botox. “I’m not wearing stress on my face,” she said.

As an almost 31-year-old who longs for her less puffy-eyed 20s every single morning, the latter was enough to make me excited for my first class.
So off I went, dressed appropriately in a white, boho Free People maxi, you know…to blend in. I signed up for a single session ($24), but you can purchase them in packages for a sweeter deal. I actually ran into Suze as I was entering the studio, and I must say, if meditation is what’s keeping the entrepreneur and mom of three look that fabulous, I was ready to get mindful AF.

The Unplug space is calmingly minimalist and modern—the Apple Store of meditation spaces. I was instructed to remove my shoes, as no footwear is allowed in the meditation room, and also had to check-in my cell phone (electronic devices are also a no-no). Sans Instagram, I felt more mindful already.
The meditation room itself is very spacious and lit with a soothing violet light. There are also these chaise-like cushions (a fashion editor’s response to a bean bag) that are so comfortable, I’ve been Googling to see where I can find one for my house.

Our teacher selected a soundtrack that featured natural water noises and used breath as a focal point to guide us through our practice. “Notice the distractions,” he would remind us periodically. “They are a gift,”
I really liked the sentiment behind that, even outside the context of the class.

I wasn’t expecting any miracles after 30-minutes—my neuroses run too deep. However, I will admit, I left Unplug feeling at least 20 percent less rushed and angry at the world. (Rushed and angry is sort of my set point, emotionally.)

That’s reason enough for me to go back again soon. That, and I can’t afford Botox. 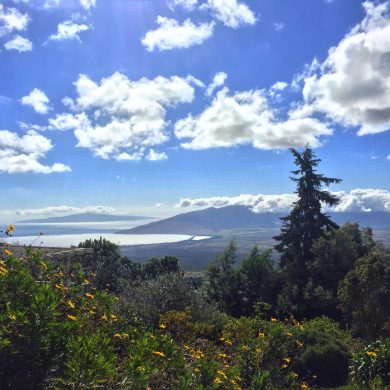 Broke in Paradise: Life at $23k a Year