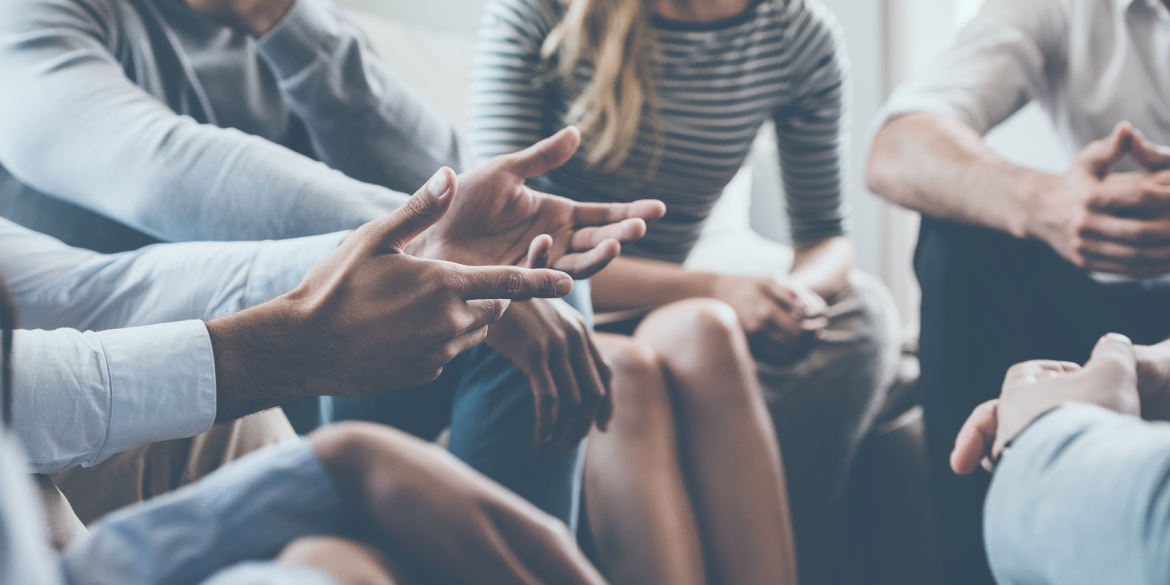 Spending and Behavioral Change: Joining a Community on a Debt Free Journey

It has been eight months now since we began our debt-free journey. It is Labor Day weekend and my husband is away working. This is just another sacrifice in a long list of them since we started paying down debt.

I keep reminding myself that if we sacrifice time now, we’ll have that much more time together later.

Time, however, seems to be going too fast.

David and I recently celebrated our 11th wedding anniversary. We were married in 2009, in the middle of the last recession. When COVID first happened, we had a period of time where we didn’t know if David would keep his job. We both had rather gnarly flashbacks to the fall of 2009, when just a couple of weeks from our wedding, David was furloughed from his airline job. For P, it would be the first of two rather lengthy stints of unemployment.  That year crushed his spirit in ways I’d hoped to never see again.

I’d set my resolution for the year. “This year, I am going to be better with money.” David, not one for New Year’s resolutions, scoffed at the idea.  A flip of the calendar carries no significance in his book.  Neither of us could have anticipated how successful my resolution would become.

My plan was simple.

For the first time, we started budgeting. I accounted for necessities, some fun, and any extra money went to debt. We seemed to be making progress. Then in March, the COVID-19 pandemic came in full force. Our small city ground to a halt. David’s once-lucrative and busy flight schedule seemingly disappeared overnight. No one was flying anywhere.

Taking control of what you can.

We both knew we had no control over David’s job stability. What we did have control over, however, was my spending. I kept reminding him to “control the controllable,” trying to ease his worried mind.  I would not have blamed him for doubting me, given his decade of experience watching me spend and spend and spend.  I wouldn’t have trusted my words either. This was not the first time I had sworn to get my financial act together.

Something happened to me that day; something David could not see. Watching the anxiety eat him up was so eerily reminiscent of 2009. The only difference was, this time, a job loss was not to blame. I was. It was at that moment that all of my shoddy financial decisions came over me like a wave. I suddenly realized the real ramifications of my spending, and they were not merely financial.

It is worth mentioning that David was never the problem. In fact, being the saver he is, it’s a miracle he tolerated my spending for as long as he did. As a fail-safe, over the course of two years, David managed to stash away roughly $22,000. In March, we contemplated using that money to pay off almost all of our credit card debt. David was unsure and honestly, so was I. Could he trust me? Could I trust me? We rolled the dice. We used every bit of that $22,000 to pay off 12 of our 14 credit cards.

Things instantaneously became more manageable without all the extra bills. We felt some relief, and that relief gave us momentum. In April, we cut everything that was not a necessity. We dialed in our budget even further. In May, we officially paid off our last credit card and it felt great, but I knew the true test wouldn’t come until June.

Working as a team.

In June, we would tackle my dreadful $39,000 car loan balance. Up until this point, all of our debt had been paid off quickly. I didn’t save the $22,000 and while it hurt to see it go, it certainly did not bother me nearly as much as P, who had saved it all by himself. This auto loan balance wasn’t going to go down quickly. If I was going to keep this momentum going, I was going to need some support and some substantive change.
In May, I started an Instagram page to document our debt-free journey. That is when I stumbled upon an entire community of debt slayers such as myself. They called themselves the Debt Free Community or DFC.  This community is the internet and social media at its best. This group is inspiring, celebratory, and encouraging. It doesn’t matter if I’m winning or losing with money or life, they are there to lend that much-needed support.

This was exciting for me. As a trained school psychologist, I understood the importance of accountability. You increase the odds of achieving your goals by 95% when you have an accountability partner.  I didn’t have just one, I had hundreds!

As I talked with people in the DFC about our accomplishments, I noted a consistent theme.  It was this concept of self-awareness. After a particularly tough year professionally in 2019, I had started practicing mindfulness. This is a key component in increasing one’s own self-awareness, and it helps us develop a healthy curiosity about why we do what we do.  I had been anything but consistent with my practice of mindfulness, and I had begun to feel like an imposter.

For the past 5 years, I have worked as a school psychologist with kids battling major impulse control issues. These kids simply could not keep their behavior in check. What I quickly noticed is that emotions such as anger, sadness, and anxiety were things “they weren’t supposed to feel.” It never ceased to amaze me the look they would give when I told them that it was okay to be angry, sad, or anxious. What they learned after working with me long enough, was that the emotion wasn’t their problem. The challenge was in their inability to recognize the emotion early on and deal with it productively.

I’d experienced such a high degree of success helping my students cultivate their own self-awareness through gratitude practice and mindfulness. I taught them how to recognize their emotions early on, so as to deal with them constructively.  Yet here I was, unwilling to learn to do the same with my emotional spending. I’d been going from one purchase to the next trying desperately to fill a void, in the same way, my students went from one outburst to the next just trying to fill a need. My spending behavior was only separating me further from my long term goals.

I won’t sugarcoat it. My early years, much like those of many of my students, were far from idyllic.  They were riddled with adverse childhood experiences, or as we refer to them in my profession, “ACES.” The more ACES a child experiences, the more likely they are to struggle in adult life and I had many. They all came to a head in 2007 when my mother lost her battle with mental illness.

We have all been guilty of “checking out” from our emotions far too often. This is especially true for the strong and uncomfortable kind, like anger and sadness. Much like my students, somewhere along the way, we have been taught to bottle them up and push them aside.  I had become very good at doing just that.  The problem is, those emotions are still there, and by not dealing with them early on, we run the risk of coping with them in not-so-productive ways. Case in point, my emotional spending. My refusal to constructively deal with the emotions surrounding my mom’s death helped to dig us into one deep financial sinkhole.

Losing a parent is tough, no matter the age or cause. The shame and guilt I carried at 19 years old surrounding my mom’s death was intense. At the time, it was impossible to process. 13 years later it is still a hard pill to swallow. Hard as it was, I knew I had to work through that grief. Without doing so, I’d unknowingly stunted my growth, and by extension my success. I knew if I was going to practice financial wellness long-term, I was going to have to learn to temper my emotions.  This meant actually practicing what I had been teaching my students for the past five years. The result, not surprisingly, was nothing short of amazing. Through mindfulness and gratitude, I learned the importance of curbing emotional spending and setting goals to achieve the life I want.

David and I had multiple conversations over the past couple of years in relation to my growth. I would tell him “I feel stuck.” Looking back, it’s become clear to me that I felt this way because I refused to change.  I wasn’t comfortable switching things up or learning anything new.  I sought comfort and familiarity, and no one, including myself, grows that way. In the span of just six months, I have made a number of changes. I quit one job and started a new one, turned my financial life around, and dug deep working on myself. In doing so, I feel such indescribable happiness in my own skin. I could only hope these changes will make me a better wife, friend, educator, and person.

Note from the editor: We’re changing the narrative around money but change can’t happen with a one-sided conversation. That’s why we’re excited to bring different voices and experts to share their wisdom. Send us an email and let us know what you think. And remember the nav.it money app offers you free tools for checking in and managing your money moves.

Kristy is a school psychologist, blogger, and holistic wealth seeker. Kristy and her husband David have been in pursuit of financial freedom for the last eight months. Kristy started an Instagram page in May to document their debt-free journey. After finding herself broke and burnt out on life, Kristy knew she needed a change.

In the process, Kristy learned a lot about money but even more about herself. Kristy has taken what she knows about psychology and applied it to her personal finances. The results were astonishing. Kristy has gained a deeper appreciation for where she is now, all the while pursuing where she hopes to be in the future.

Kristy started writing in hopes of inspiring others to do the same. According to Kristy, why you spend is more important than how much you spend. 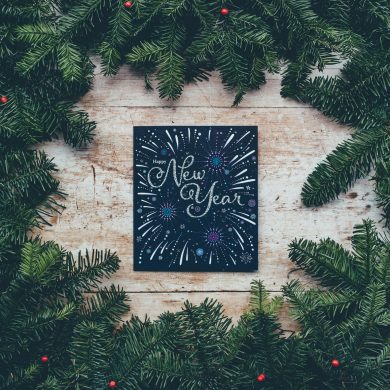