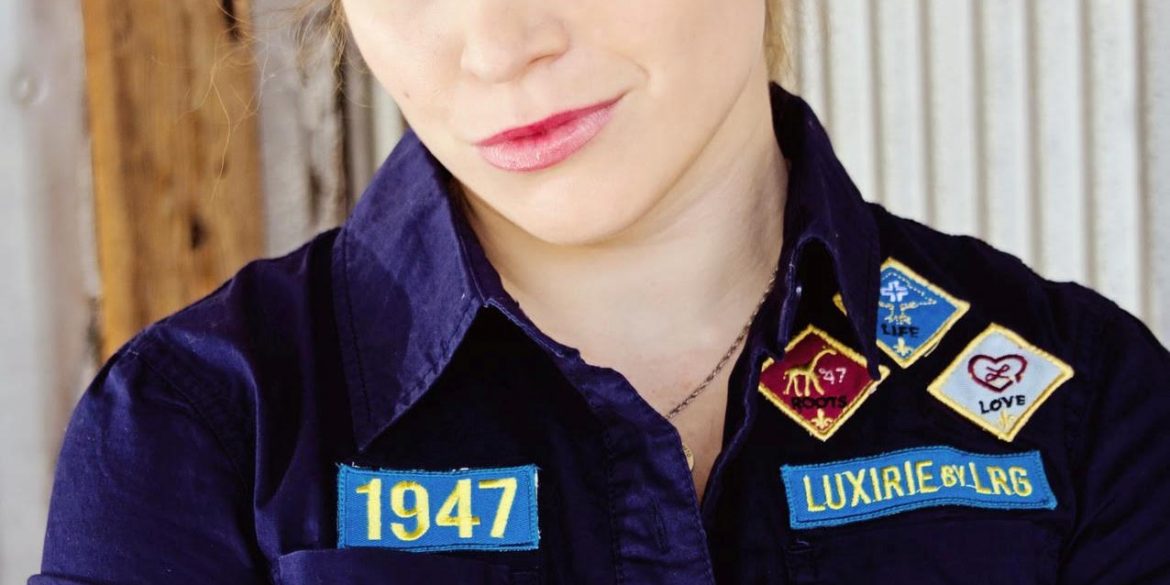 October 5 marks International Women in Aviation day, so Nav.it reached out to retired Air Force veteran Emily Elmore, a powerful Nav.igator who now runs her own agency, The Motodoll. Check out what she has to say about thriving in the unique boy’s club that is the Air Force, and the boss babe moves she’s made in the face of fear and so much adversity.

Flying is freedom. Flying drowns out the din and the chaos of the world below. I remember getting told I would be a pilot; I had no flight hours at that point so I had no idea what to expect. I was thrilled and terrified at the same time, (and subsequently, I’ve been in thrilling and terrifying situations in flight) but the minute I sit in the seat, it’s total calm.

Being a woman is delightfully irrelevant in the cockpit. Plenty will tell you that’s not true, but I think my attitude on this is what allowed me to thrive in this male-dominated profession. Either you can fly the airplane or you can’t, it doesn’t care if you’re a woman.

Regarding social dynamics, maybe 3 percent of all pilots in the Department of Defense are women, and that’s being generous. In my first squadron, there were two of us in a squadron of 180. At one point we had six, and that’s pretty typical. Many have suggested the competition would be fierce but it was collaborative and fun. We were capable, confident, unstoppable women who recognized that in other women and didn’t feel like we were shining dimmer because other stars twinkled nearby.

Men have always been mentors, friends, and coworkers. I’ve encountered my share of knuckleheads, but more often they’re wonderfully supportive…so long as you can fly the airplane, haha.

How did you learn to thrive in this unique boy’s club?

Airplanes don’t care if you’re a woman. Either you can fly the airplane or you can’t. The manual doesn’t change based on your gender, the same bullets are aimed at you in combat, you either have a successful mission or you don’t. Technology, in many ways, is a great equalizer. I wanted to be recognized as a great crewmember, someone you wanted flying your airplane. Consistent high performance earns respect when the stakes are high, which is true of military flight. You’ve probably heard “there are no atheists in a foxhole.” That’s true of sexists too. It’s definitely present when the stakes are low and men contemplate how a woman *might* perform (or might cause men to perform) in critical situations. Once you’re in it and fighting together as highly trained assets, sexism dissolves. That’s what I mean about gender being irrelevant in the cockpit.

Performance in the cockpit (or the “box office” as we call it when women fly the jet haha) really levels the playing field and builds incredible friendships.

How does your time in the Air Force impact the way you think about your business?

There are three things that the Air Force gave me that are fundamental building blocks of my business. First, if you want something bad enough, make that bet on yourself and bet big. Sometimes the result is unexpected, but if you’re chasing big dreams the reward is usually very gratifying.

My undergrad was astronautical engineering, but I fell in love with flight because of a required Air Force training event in college. It changed everything, and I gave a lot up just for a chance to compete for that pilot slot. I bet big early and I’m glad I did because within a few short years I was injured and unable to fly. After I was medically retired from the military I had a lot of job offers, but I wanted to build my own brand. There’s a lot of uncertainty and plenty of doubt in that endeavor, but it was important enough to me that I made that bet too.

Next, flexibility is the “key to airpower” and it has served me very well. That’s an Air Force mantra but it really has been my key to success. In aviation, we make incredibly concise, well-coordinated plans knowing that almost all of it will change in flight. Having that baseline allows us to confidently deviate from the plan and take risks that pay off and ensure mission success. My business is digital marketing; the pace is very fast and agility also pays dividends.

Finally, performance matters. Real life doesn’t have a lot of participation trophies. You need to perform reliably to be successful, but that should be aligned with your personal goals. Look at your objective and work backwards. What are you trying to achieve? Why? What are the tertiary effects of success or failure? How are you going to achieve that objective and how will you know you’re meeting those benchmarks?
Along the way you’ll have opportunities to develop and empower the people that work with/for you. You have to take care of your organization, but high performance requires high performers. Take care of your people and they take care of everything else. The mission and the people are inextricably linked. You can’t prioritize one over the other for long before cracks threaten the entire organization.

What’s your No. 1 ‘go-to’ piece of advice for women going out on their own?

Don’t let fear get in the way of your dreams. I am not a fearless person, I’ve been routinely terrified. Move forward anyway. If you fail, so what? If you’re trying to get from A to C and fall flat on your face at B, the distance to go was just cut in half. You’re growing and accumulating lessons learned. Look at Jobs. He failed at Apple and created Pixar. Failing gives you space to create something new. Go create.

Drop $5k in your retirement savings plan as soon as you can. Most people don’t start saving for retirement until they’re closer to 30. It doubles every seven years with a 10 percent return; the more you can drop up front at 22, the bigger the payout. You get another period to double compared with that 30-year-old. Before you invest in anything else after that, pay off your debt. Credit card or student loan debt has a higher interest rate than the rate of return you’ll get on most other investments.

About Emily Elmore
I’m an engineer, motor enthusiast, and former Air Force pilot with a penchant for coding and creative design. When a catastrophic injury forced me from the cockpit, I accommodated my limited mobility by pivoting to data analysis. I built a team of designers, marketers, and web developers to form The MotoDoll LLC, a brand development and web design firm based in Pensacola, Florida. Read more 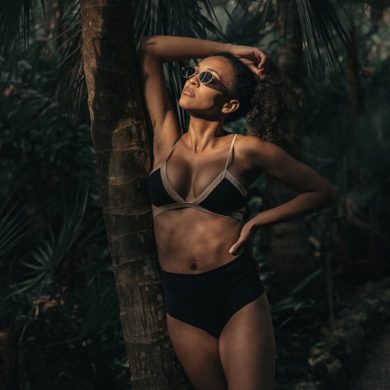 What Kind of Stock Picker Are You? Safe or Sexy?