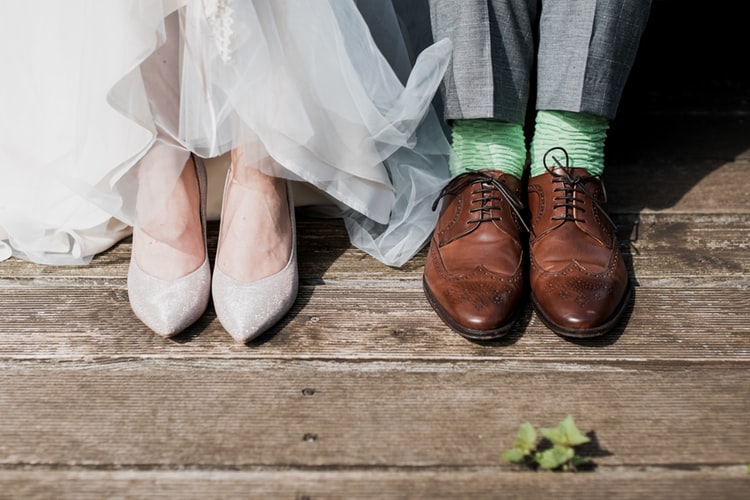 How to Save Money on Your Wedding By Foregoing these Traditions

The wedding industry boom of the ’90s and 2000s had a massive effect on my generation’s view of marriage. Popular culture told us that a six-tier cake, 10 bridesmaids, and a nearly endless guest list is standard, and that getting married isn’t just a life event: it’s the single most important—and expensive—day of our lives.

There isn’t a right or wrong way to get married; it should be whatever feels right to the couple. But why is spending $50,000 on a wedding acceptable, and throwing a simple party considered counter-culture? It’s odd that something so personal is driven by trends, norms, and restrictive traditions.

I felt the pressure of the financial and societal expectations associated with a wedding before I was even engaged. My partner and I knew we couldn’t afford to feed 100 guests a three-course meal, and the idea of us hand-feeding each other bits of cake while our entire families looked on gave us anxiety. And most importantly, we didn’t want any of that. Once I realized that weddings don’t have to be bound by tradition or trend, I felt empowered to plan a meaningful and honest ceremony with my partner.

I decided to research the origins of different marriage customs to see whether they resonated with my relationship and our values. Beyond wanting a more personal experience, I wanted to avoid budgeting for something that didn’t represent us. Sure enough, I realized I could save a few dollars (or spend them more wisely elsewhere) by eliminating some traditions. Here’s what I discovered—and how I’m planning to put my own twist on outdated attitudes.

There isn’t one definitive genesis of the wedding cake—historical accounts range from ancient Rome (where it symbolized good fortune) to medieval England (where it promised prosperity—if the couple managed to kiss over top of it). In the 1700s, however, a similar theme emerged: white icing began to represent the bride’s purity. The cutting of the cake, which was once done by the bride alone, symbolized the loss of her virginity. It was thought that every guest needed a bite of cake to ensure the couple bore healthy children.

My fiancé and I aren’t huge fans of cake, and we’re pretty positive we don’t want kids, so it makes zero sense for us to drop $200 on one for the sake of tradition. Instead, we’re simply personalizing the dessert course already included in our dinner package. And even if the final dish—we’re thinking a boozy milkshake or something à la mode—isn’t worthy of a photo album, at least it’ll be edible. (And full of Baileys.)

As awkward as garter tosses already are, the origin is even more…aggressive. Since it was critical that the bride be a virgin, an undergarment—typically the garter—was stolen or given away as proof of her chastity (yuck)…most often as the couple was consummating their marriage. Oftentimes, a fight would break out as the men fought to retrieve it. Garters aren’t expensive, but I’ll happily save a few bucks on one. (And avoid the mortification of knowing my father is watching as my new husband sticks his arm up my dress.)

Our decision to forgo a bridal party was primarily because of our wedding size. I also wanted to avoid asking my friends to spend money on a dress they’d only wear once. But if the original intent of bridesmaids—to confuse evil spirits and distract them from the bride—were true, I’d probably still pass on the dressed-up decoys.

In case your bridesmaids failed to block the demons, the veil originally served as a sort of back-up spirit blocker. I’m personally not worried about being possessed on my wedding day, so I’ll risk it and put the money I’d have spent on a veil toward my over-budget dress.

The most obvious origin story is the tradition of being given away. Arranged marriages were a common means of settling debts or increasing personal wealth, and once the terms were finalized, the man would literally give his daughter away. The intent today is less misogynistic, but I personally don’t see it being part of my ceremony—for personal reasons, but with an unintended financial payoff.

I’m entering this marriage as a partner; I don’t want to walk toward my future husband, I want to walk with him. Plus, the formality seems out of character for us and our backyard wedding. Since I don’t envision a sit-down ceremony, we’ll likely opt to save on chair rentals and the extra hour we’d pay the DJ. But when it really comes down to it, the cost doesn’t matter so long as our day involves our friends, family, dogs, and, of course, plenty of wine. 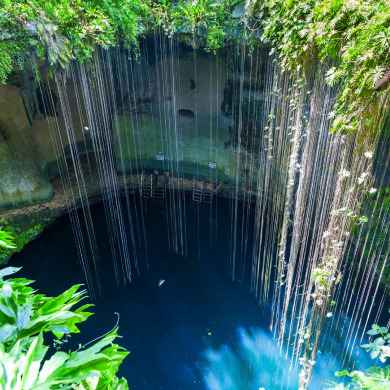