If you know anything about internet memes, then you’ve probably heard about Dogecoin by now. But what exactly is it? Should you buy it? How do you even buy cryptocurrency?

Not to worry, I’ve got you covered. Keep reading to learn more about Dogecoin (and cryptocurrency in general), as well as how Nav.it can support you through through the changing landscape. 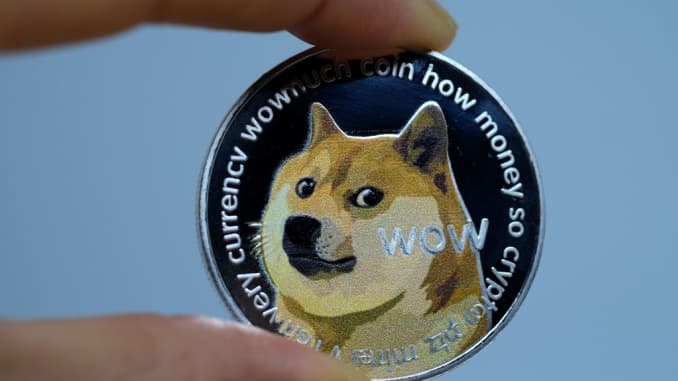 I’m going to start by giving you the simplest possible definition of dogecoin. Dogecoin is a cryptocurrency that was invented by software engineers Billy Markus and Jackson Palmer. The payment system is free from traditional banking fees. The “Doge” meme, which features the face of a Shiba Inu dog, is the logo and namesake of this currency.

According to cryptocurrency news site Coindesk, Dogecoin, or “memecoin,” actually started off as a joke in 2013, meant to poke fun at the surge in digital currencies, such as Bitcoin.

Since the start of 2021, Dogecoin’s market value has grew to $51 billion, increasing its initial value by over 5,000%, per CoinGecko’s assessment. In fact, as of April 26, Dogecoin is the 4th largest cryptocurrency in the world.

However, over the course of the last week (June 22, 2021) Bitcoin, Ethereum and pretty much every other cryptocurrency, have been tumbled in value over the past week.

Dogecoin, for instance, dropped more than 30%, to under 20 cents. That’s a huge fall from its stratospheric high of 70 cents back in April.

According to the official Dogecoin website, it’s already accepted at various online retailers.

Alright, now that I’ve given you some background about Dogecoin, you might be wondering: what is cryptocurrency, exactly?

This can get a little tricky if you’re not familiar with the world of investing (admittedly, I’m not exactly an investment expert). So, to explain the concept of cryptocurrency, I’m going to give you an easy analogy.

Let’s say you’re going to an arcade to play skeeball, air hockey, and a bunch of other games. (Side-note: how nostalgic is that!?) Now, if you’ve ever been to an arcade you probably know that you don’t simply pay cash in order to play the games. Instead, you have to pay cash in return for arcade tokens. And you can use those tokens in order to play whichever games you choose (like skee-ball, for example).

What makes Dogecoin different from other cryptocurrencies?

Okay, by now you know what Dogecoin is and you know what cryptocurrency is too. (Look at you go!) But…by now you’re probably thinking: what makes dogecoin so special?

Well, remember what I said earlier? Dogecoin is free from traditional banking fees, which definitely sets it apart from other currencies online. According to a video on the dogecoin website, they have cut out the “middle man,” otherwise known as banks.

However, there are a few other notable facets of Dogecoin that make it pretty special.

Additionally, the supply of Dogecoin is unlimited whereas supply of other cryptocurrencies is limited. To understand this concept of “supply,” think back to the arcade games example–imagine an arcade that has unlimited arcade tokens versus a limited supply of them.

Overall, Dogecoin appears to pride itself on its ease of use. Its founders claim that their currency makes it simple and fast to send money to other Internet users all over the world.

Should I invest in Dogecoin?

So, now that you know what dogecoin actually is (good job for making it this far, btw!), you’re probably wondering: should I even invest in Dogecoin?

Admittedly, this is a tough question. And, in reality, I can’t really answer for you. Financial decisions, though they can be mathematical and rational at times, are often intensely personal. Just keep that in mind while I walk you through some of the pros and cons of investing in this new cryptocurrency.

First things first: it’s important to keep in mind that investing in Dogecoin is actually super easy. As long as you’ve got some pocket change and a Robinhood account, you can invest in Dogecoin today!

But, the real question is whether or not you should invest.

If you’re feeling unsure about this decision, it might be helpful to consult what’s known as a “money coach.” In fact, the Nav.it app allows you to chat with a coach who can help guide you through your personal financial journey. Remember that coaches are not the same as financial advisors–coaches simply offer support for you when you’re planning on making a financial decision, whether big or small.

Aside from chatting with a coach, what else can you do to weigh the benefits and risks of investing in dogecoin?

Read, research, and don’t believe the hype when it comes to crypto

Well, you might want to do some research of your own to find out what investors are saying about this recent trend, especially seeing as many are expressing doubts about the reliability of investing in Dogecoin.

For instance, George Chrysochou, investor and global marketing manager, recently talked with US News about Dogecoin’s potential flaws: “The project is community-driven since its inception and never received institutional adoption. It has no official road map nor a white paper. Its founder and leading developers ceased working on the project in 2015, and on several occasions, mentioned that they believe it’s overpriced.”

He also added: “Without a proper team, technological development and road map, Dogecoin will likely not be a reliable investment in 2021.”

Chrysochou makes some valid points here. Additionally, it’s important to bear in mind that cryptocurrencies, like Dogecoin, do not carry with them the benefit of earnings expectations or dividend yields. Hence, it’s important to look at the qualitative and quantitative factors involved with estimating the currency’s price.

Furthermore, according to Alex Mashinky, Celsius Network CEO, this new, exciting cryptocurrency may not be your best investing bet: “If you have found yourself interested in cryptocurrency because of Dogecoin, I urge you to keep going because beyond the hype, there is a real revolution happening that demands more attention.” 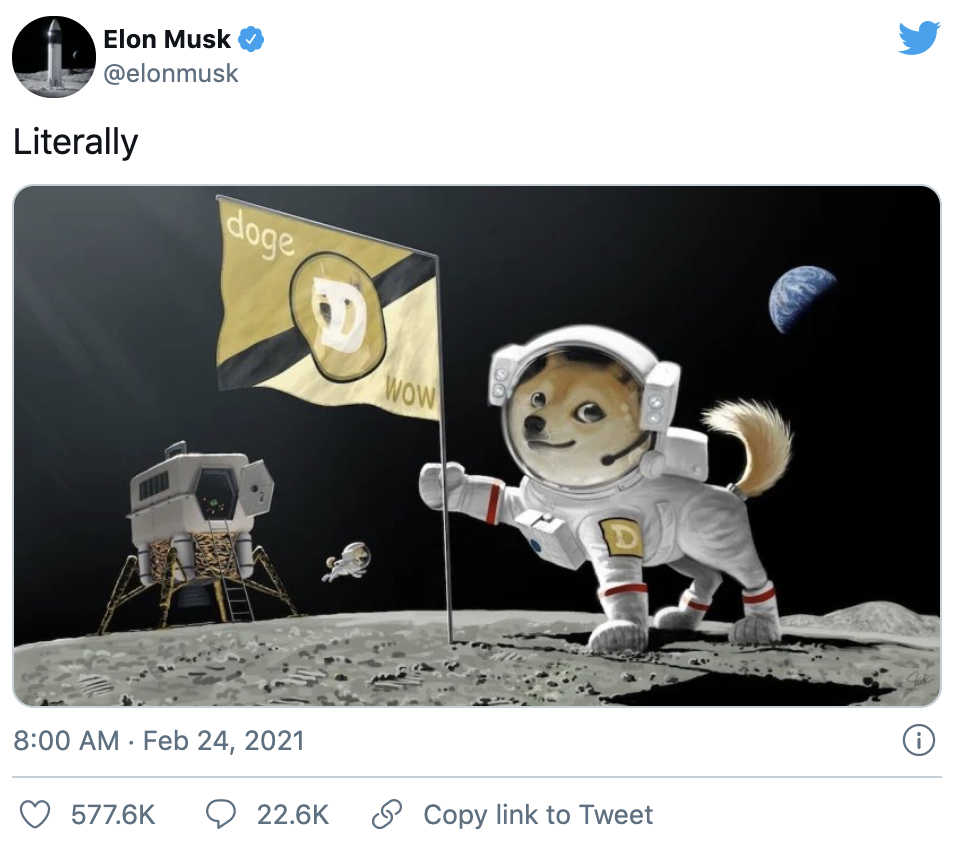 Overall, it’s essential to consider all of the red flags associated with investing in dogecoin, despite all of the “hype” and craze surrounding this cryptocurrency trend.

What’s the future of Dogecoin?

In a recent interview, Hoskinson called Dogecoin a “worthless bubble” that will burst soon. He also said that Dogecoin’s success can be attributed to “the efforts of Elon Musk, mainly, and the manipulation of the market for astute whales.”

But, is Hoskinson correct? If Dogecoin is “down” now, is it doomed to “go down” even further?

According to Hoskinson, who is also a mathematician and creator of Cardano, “the price of Dogecoin is not sustainable and is going to collapse.” He also added that when Dogecoin collapses, “large amounts of money from retail investors are going to be lost very quickly.”

He also claims that “when the Dogecoin bubble bursts, it will be a catalyst for regulators and legislators to become more involved with cryptocurrencies and hurt the entire industry.”

After all, China is already beginning to heavily regulate it.

Nonetheless, despite criticism from skeptics like Hoskinson, many seem to be enamored with this new, efficient currency.

How can I learn more about this topic?

If articles like this are of interest to you, then you should definitely check out some other great pieces on Nav.it’s blog!

How to Avoid NFT Scams