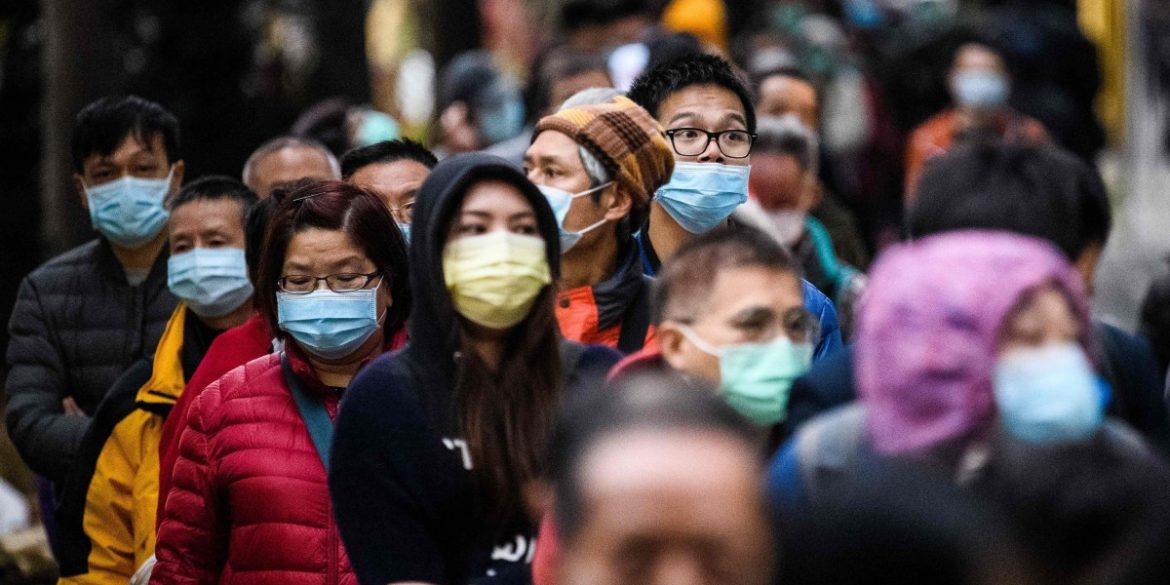 What the F*€K Happened to the Market?!

Unless you’ve been living under a rock, you know by now that the last two weeks have been for the history books — both in the U.S. and across the globe. Thanks to your (always fabulous) feedback, we’re bringing you key weekly market and business news a little differently this week.

We’ll start with a summary of what happened on Wall Street and follow up with key company updates and news across sectors. Love it, hate it, gotta have it? Let us know. As we live that #startuplife we’re pretty nimble and ever-changing.

A Walk Down Wall Street

Thanks to the market, I now appreciate what it would be like to live on a roller coaster. No thank you.

What’s up with these massive market swings? We saw an immediate reaction to the markets when the Covid-19 infection rate grew higher outside of China than it did within the country. Investors are worried a quickly growing infection rate means slowdowns in production and consumption. I mean, aren’t you thinking about how many days you can WFH (work-from-home) and how to effectively get out of every weekend commitment?

While last week saw historic lows across markets, this week was far more fluctuating. Let’s break it down.

The DJI (Dow Jones Industrial Average) climbed out of the red and into the green after soaring more than 1,100 points on Wednesday, March 4th thanks to Biden’s win over Super Tuesday and Congress agreeing to an emergency spending bill – for, you know, in case more states like California and Florida call for a state of emergency. The S&P 500 also soared at the beginning of this week after hitting it’s historic correction last Friday.

However, by Thursday morning, futures were down amidst said state of emergency in the Golden State and more reports of infection across the country. The S&P 500 fell more than 3% (it’s now risen and fallen 3% on 6 different days in the last 2 weeks alone. A flux that hadn’t happened in the last 12 months.

Treasury Yields: US Treasuries are typically safe havens, which is why the bond markets keep climbing this week. While the Fed slashed rates on March 4th, investors realized lower-rates had nothing on folks hitting the cancel button on that next trip or not going into work. So investors continued to flock to the safer bet of US treasury bonds because if you’re not going to make money, at least you won’t lose it. As of Thursday morning, The yield on 10-year Treasuries sank 12 basis points to 0.93% and the yield on two-year Treasuries decreased 12 basis points to 0.57%.

Pent Up Energy: As you likely know by now, production of, well, everything is taking a hit as Covid-19 spreads. OPEC, the team of oil-abundant countries met this week to once again cut oil production in an attempt to avoid overstocks of oil around the world. Researchers are estimating demand for oil could fall by 4 percent over the first three months of this year — the largest quarterly drop in demand, exceeding declines during the 2008 financial crisis.

Exxon Mobile is one of the first oil companies to announce they’ll taper production by 10% over the next two years in their flagship shale project in the Permian Basin.

Industrials: The airlines take front and center news this week as a growing number of companies cut flight schedules, handle traveler complaints and cancellations, and manage (or fail to manage) worried flight attendants. Needless to say, it looks like the airline biz is in for some serious turbulence. And by Thursday afternoon, the International Air Transport Association projected that $63 billion to $113 billion in annual global airline revenue could be erased from the books altogether.

As we mentioned above, consumption is in for a hit. While those home staples like Clorox are MIA from your local market’s shelves, those in Discretionary are begging to be taken for a spin (we see you Uber). Ultimately, as infections rate rise, fears of face-to-face contact rise, too.

Campbell Soup is kicking up production amidst fears. It’s one of the many long-shelf-life brands acting on new and growing demand.

Rent the Runway PSA– they promise to be washing the clothes they send to you. But will you need those perfect shoes for that event if said event is canceled? That is the question.

Oh, and Starbucks is projecting a 50% decline in quarterly sales in their China stores alone.

And don’t even get us started on tourism stocks. Goodbye Royal Caribbean Cruise. Hello Netflix, Clorox, and chill.

Hat’s off to Joe Biden for rallying this sector after his impressive rebound in Super Tuesday’s super-stressful win. Investors have hesitated to buy (or buy more) health care stocks as Democratic Candidate Bernie Sanders’ plan “Medicare For All” calls for an end to private health care. Now that Biden’s finally seeing some much-needed support, investors are mildly more optimistic as he claims he’ll keep Obama’s “Affordable Care Act.”

Who’s the leader in the Biden Bump? United Health Group Inc.’s stock is up more than 12%, claiming its biggest gain since October of…. 2008!

Meanwhile, as urgent-care patients rise in China, the country is canceling elective surgeries. Meaning -you guessed it- medical device makers like Boston Scientific Corp are bracing for an earnings impact.

If you read our market recap above or skimmed over the news since Tuesday, you’ll know the Fed (the United States’ central bank) cut interest rates in an attempt to stabilize markets. Investors retorted with a serious LOL and kept selling, as the Fed does not have the power to quell a public health outbreak like this one. An interest rate cut is especially important for the financial sector; lower interest rates for you, your mortgage, or your small business loans might encourage you to purchase… but lower rates also mean a small profit margin for your lender on your current loans.

Also, these institutions are not immune to the virus. Their workplace attendance is likely in for a shakeup. JP Morgan’s stock rose 2% on Wednesday after announcing it will ask about 10% of its US consumer bank employees to WFH. Meanwhile, HSBC in London has also sent some of their staff home after one of their employees tested positive for the virus.

Talk about taking from the rich, and giving nothing in return. Tech-investor app Robinhood crashed on Monday, experiencing what they are calling a ‘system-wide outage.’ Millions of users are at the Twitter gates, pitchforks and class-action lawsuits in hand. While Robinhood is likely protected from legal action, they might be looking at a much lower valuation this week than they expected to be facing in early 2020.

The bigger picture for financial tech? Fidelity, Charles Schwab, and TD Ameritrade all reported issues with their tech during the market mayhem. Higher-than-average trading volumes mean the tech that enables more investors than ever to actively engage in the markets will need to take a good hard look at their strengths and short-falls.

While financial tech might be working through some growing pains, tech companies that support a WFH culture like Zoom are seeing a rise in value as workers turn to non-traditional settings.

In non-coronavirus news, Alphabet’s Waymo self-driving car company just raised over $2 billion and released their 5th generation of autonomous driving capabilities. Their competitive edge in a growing market? This generation’s advancements in sensor technology, because let’s face it, we all still give those things a wide berth when they approach our stop walks.

God, we love ending on a high note. Real Estate has offered us some semblance of corona-reprieve as global investors seek out alternative places to park their money. This week, single-family rental homes in the U.S. seem to be a hot-button topic for those seeking refuge from the epidemic storm. Sure, those outside the U.S. aren’t hot to hop on planes and view the homes in-person. Instead, these investors are leveraging online real estate platforms like Roofstock or Fundrise. Roofstock alone cited a 450% jump in web traffic from investors in Germany, a 250% jump from our Aussie friends and a 100% increase from investors in the UK.

Is the virus interrupting your personal and professional plans? What about your pocketbook? Let us know in the comments or hop over to our app and join our community of money mavens working through the new normal.