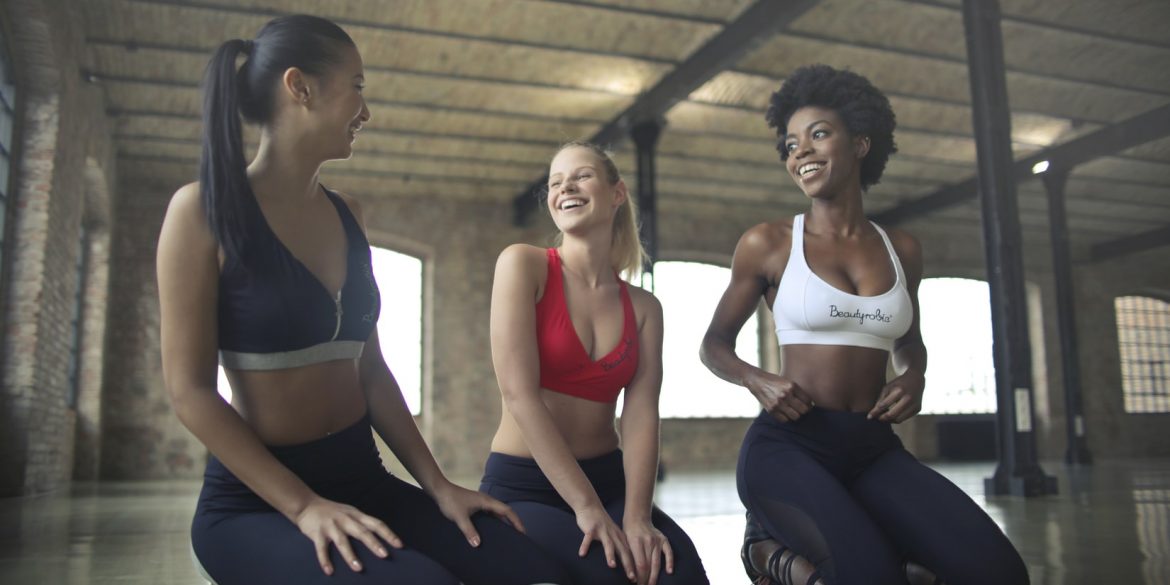 I was a gym rat for over a decade. At least six days a week, I’d spend up to two hours cycling, crunching, and lunging solo. For whatever reason, I believed that paying for boutique fitness classes to get in shape was “cheating” andI prided myself on being my own source of motivation. But over the past two years, it’s gotten a lot harder to push myself without any sort of support.

Last summer, I decided to splurge for a one-week Pure Barre membership while I was traveling. I felt guilty spending money on classes when I could simply run outside for free, but I knew I wouldn’t work out unless I was obligated to. And I was right. Not only did I make every session I signed up for, but I saw better results after seven days than I’d typically see after consistently exercising and eating well for months. I was hooked.

When I returned home, I crunched the numbers to see what worked best with my budget. Even though I could swing it, the thought of spending $30 on a 55-minute class made me cringe—so I decided to do some research. I quickly discovered that Pure Barre has its own fitness app, and that it’s not the only studio to offer some sort of on-demand service.

It turns out that it’s actually pretty easy to get a boutique fitness workout without dropping hundreds of dollars every month! Here are a few full-proof options for toning up that won’t simultaneously trim your bank account.

Rates vary based on location, but 30 days of unlimited Pure Barre classes usually hovers around $200 (or more). A one-month pass to its streaming platform, on the other hand, is $29.99.

Pure Barre On-Demand offers workouts as short as five minutes and as long as one hour. You can choose from full-body or targeted sessions, but each follows a class structure that’s similar to what you practice in-studio. The 50- to 60-minute sessions are led by one instructor with two students to demonstrate modifications, but the rest are filmed in a regular class setting for a more realistic experience.

A huge perk is that no equipment is required. Snagging hand weights, a ball, and a double tube does make classes more challenging, but the classes are designed to give you a great workout without them. Overall, the only issue I’ve had has been finding a support that’s strong enough—and tall enough—to do its job. Right now, I use the handlebars of my stationary bike, but I’m entertaining the idea of buying my own barre with the money I’ve saved on a monthly membership (#shopsmart).

Peloton, the lauded stationary bike, was created to make boutique cycling more affordable. But at $1,995—or $97 a month—it’s not exactly a budget-friendly alternative. The cost of the bike doesn’t even include a subscription to the platform’s streaming service, which is an additional $39 each month.

But you can get access to the service—which includes up to 14 live classes each day and over 8,000 on-demand rides—for just $12.99 a month by downloading Peloton’s iOS app.

The app is compatible with any brand of bike. This means you can get a Peloton workout wherever you are, whether it’s at home or a hotel gym. Now, you probably assume that buying your own stationary bike is outrageously expensive, right? Not exactly. I snagged this Sunny Health & Fitness one from Amazon for less than $300. It rides as smoothly as any other bike I’ve used at a real gym, and was super simple to set up. Pair it with the Peloton app, and you have access to a boutique cycling experience for one-sixth of the price.

I’m not sure what’s harder—a Barry’s Bootcamp workout, or checking your bank account after dropping $500-plus on a month of classes. Sessions at the legendary studio will surely whip you into shape. And they should, at $36 a pop. But if you have the fortitude to push yourself without the support of an instructor, Kayla Itsine has a more affordable option.

If you haven’t heard of Itsine or seen her #BBG (Bikini Body Guide) transformations on Instagram, you’re missing out. Her program will kick your ass while simultaneously sculpting it.

The SWEAT app, which is a partnership between Itsines, Kelsey Wells, and Sjana Elise Earp, gets you access to her BBG (Stronger) method, as well as strength- and yoga-based workouts from Wells and Earp.

Each session can be completed at home or a gym, and at $19.99 a month, it’s far more agreeable with your wallet.

Itsine’s 28-minute circuit workouts are addictive. Before I started her program, I couldn’t do a single burpee. Now, I can easily do 10—and it’s been almost a year since my last BBG workout.